GRAB A COPY OF OUR NEW DIGITAL COOKBOOK, EVERYDAY EATS IN COLLABORATION WITH @EAMONANDBEC 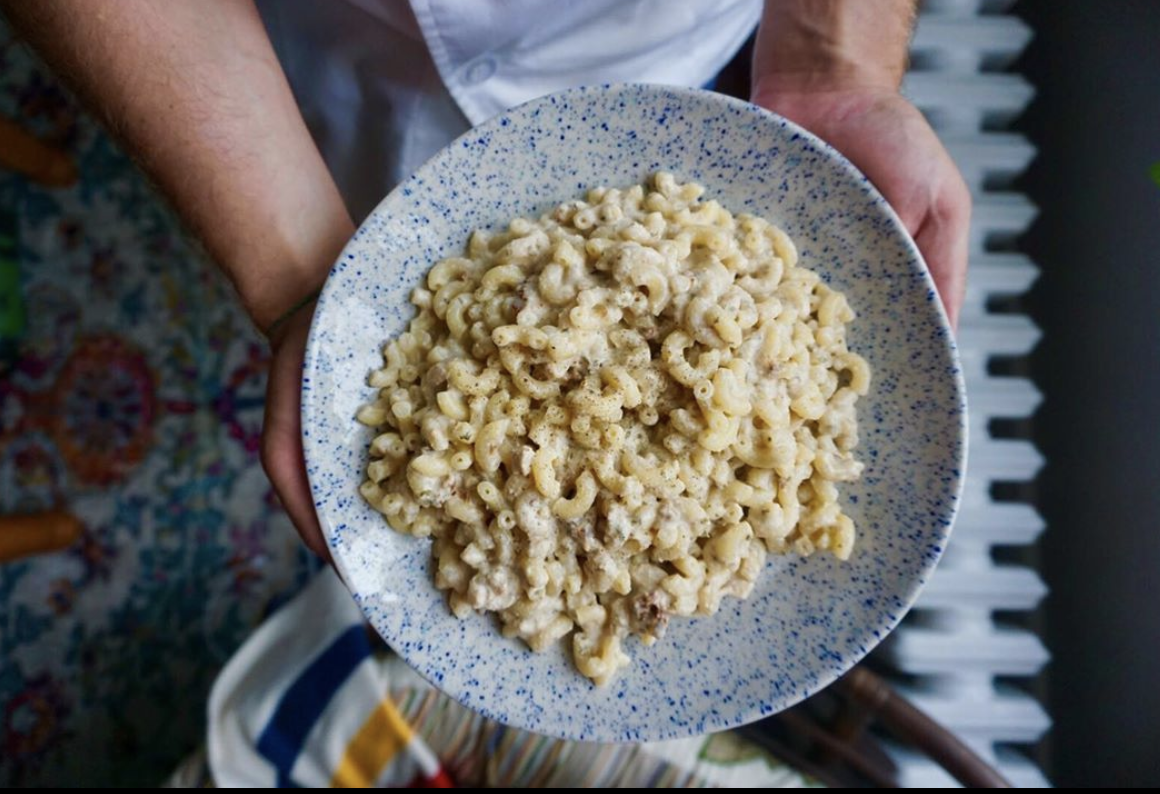 Listen, let’s be honest, before being vegan, the thought of a vegan mac and cheese was wack. The vegan cheese I had tried at the time, was sub par and there just wasn’t anyone doing it justice. The real problem is, people try and make vegan food too healthy sometimes. It’s mac n cheese, give the people white pasta, vegan butter and tasty goodness. My recipe is all about that bechamel sauce. Some things ya just can’t learn on the internet.

1.Heat the milk and onions in a medium saucepan over medium heat until the milk comes to a bare simmer. Simmer for 10 minutes.
2. In a separate saucepan, melt the vegan butter over medium heat. Add the flour and stir constantly until the flour has absorbed all the butter. Continue to cook stirring for 10 minutes, making sure all the flour mixture does not brown.
3.Strain the milk into the hot flour mixture. Increase the heat to medium-high and whisk vigorously to break up any lumps. Bring to a boil, whisking frequently. The sauce will thicken once it begins to boil. Once thickened, remove from the heat and stir in the salt and nutmeg. Cool to room temperature before using.

1. Preheat the oven to 375F. Generously grease a 13X9 inch baking dish with oil.
2.Bring a large pot of water to a boil, add salt and drop in the pasta. Cook for about 9 minutes, or until the pasta is tender. Drain.
3. In a pot, add the 2 cups of cheese shreds, white sauce, caramelized onions and salt and pepper to taste. Heat and stir until cheese begins to melt into the sauce. Add cooked pasta and pour the mixture into the greased baking dish, pressing the pasta down to form a smooth even top.
4. In a small bowl combine panko crumbs and 1 tbsp of oil,. Evenly cover the pasta with the panko crumbs mixture. Bake, uncovered for 25 minutes, or until bubbling and crusty on top.